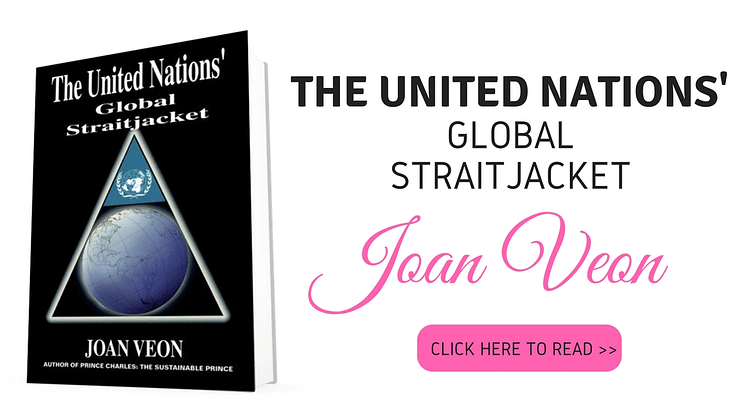 “Over the past fourteen years, the world economy and economic policy have undergone profound changes. In particular, the information technology revolution and the globalization of markets have increased economic interdependence, making it essential that governments consider fully the international dimensions of their deliberations.”

“We agree that the protection and enhancement of the environment is essential. The report of the World Commission on Environment and Development has stressed that environmental considerations must be integrated into all areas of economic policy-making if the globe is to continue to support humankind. We endorse the concept of sustainable development. Threats to the environment recognize no boundaries….The Montreal Protocol on Substances that Deplete the Ozone Layer is a milestone. Further action is needed. Global climate change, air, sea and fresh water pollution, acid rain, hazardous substances, deforestation and endangered species require priority attention.” (emphasis added) Group of Seven 1988 Economic Declaration, Toronto, Canada

“We the Participants in the Lyon Summit….discussed how we could build a better international system to secure security and stability…In an increasingly inter-dependent and inter-active world with rapid globalization in progress, we renewed our determination to work together amongst us and in partnership with leaders of other countries…”

For most people, the phrase “Group of Seven” has no meaning because of the lack of understanding as to the part they play in international affairs. However, since 1975, the leaders of the most industrialized worlds have met throughout the years to discuss global problems and how the world should approach the 21st century. While the conventional thinking of most Americans is that each country is responsible for their own fate–economic, social, political and environmental– according to the Group of Seven, the “interdependence of our destinies makes it necessary…to work toward mutually consistent economies strategies through better cooperation…”

Who are the Group of Seven? How long have they met? What have they done? Exactly who appointed them to build a “better international system”? What authority do they have—or have they taken?

The Group of Seven first met in 1973, two years after President Nixon severed the last attachment the dollar had to the gold standard when he suspended the rights of foreign countries to convert their paper-dollars to gold in August, 1971. The world monetary system since that time has been based on a faith in paper currencies which float against each other, according to good or bad economic and political news. Between 1971 and 1973, the world monetary leaders tried to keep the world’s system glued together by agreeing on the parameters that the dollar float against the yen and Deutsche mark. By February, 1973 that accord, known as the “Smithsonian Agreement,” fell apart when the dollar dropped below those parameters. (Although The New York Times states the reason for the drop in the dollar is due to multinational companies, banks, Middle East oil countries and private investors selling dollars, they did not establish any controls to curb “speculative trading.”) By 1973, the world monetary markets were closed on two occasions, Valentine Weekend in February and the beginning of March for three weeks while Central bank governors met at the Bank for International Settlements to determine the new value of the dollar. At the time, Arthur Burns, chairman of the Federal Reserve Board said there was a “collapse of confidence” and told congress that “the task of overhauling the international monetary system must be done in a matter of months rather than years.” (NYT 3/2/73)

Due to the monetary instability caused by taking the world’s monetary system off of the gold standard in August, 1971 and the fact that various groups of people, called “speculative investors” could now buy and sell large amounts of any countries’ currency on a whim to make a profit, President Nixon in May, 1973, called together U.S., French, British and German finance ministers to meet informally in the White House library while he, French President Georges Pompidou, Prime Minister Edward Heath and German Chancellor Willy Brandt met in the Oval office. As reported in the June 23-29, 1995 edition of The European, who quoted a German participant, “We agreed there was a need for someone to be in control again on an international scale. We hardly knew each other prior to the meeting. But mutual appreciation and sympathy developed as we talked, laying the ground for successful cooperation.” Hence the idea of a group of world leaders meeting to “monitor” the world’s currencies markets was born.

The first official meeting of the then-Group of Five, met in Rambouillet, France in 1975. The participants of that first meeting were the United States, France, Germany and England who invited as well, Japan and Italy. In 1976 Canada was invited, thus making it the “Group of Seven.” In 1978, the President of the European Community was invited to join. Then in 1991, President Mikhail Gorbachev was invited to participate in the economic side of the G-7. Gorbachev called his unofficial presence the “Group of Seven plus one.” Russia has participated since then and for the last several years participates, we are told, only on the political level as they are considered a key political power by the other G-7 countries, however, their ministers meet when the G7 ministers meet.

The European in June, 1995, described the power and position of the Group of Seven as being the top industrialized countries of the world. The article stated that they dominate “the global financial and banking system and their currencies have reserve status in the rest of the world.” In addition, they work with a number of international bodies including the Organization for Economic Co-Operation and Development (OECD) in Europe, “hold close to 40% of the votes at the IMF and the World Bank and from a “diplomatic point of view, are all permanent members of the United Nations’ Security Council.”

In comparing the depth, breadth and width of the activities covered by the G-7, their first communiqué, which is considered their final statement of the meeting and actions they will take, was one and a half pages long. In Lyon, the final communiqué, called “Chairman’s Statement,”

issued by French President Jacques Chirac, was 22 pages in addition to a six page statement by the “P8 – Senior Experts Group” listing 40 recommendations on how to combat transnational organized crime, and a seven page statements by the G7 Finance Ministers on “International Monetary Stability.” From overseeing the stability of the monetary system, the G7 plus one are now are concerned with both the macro as well as the micro-economic problems, as well as the environment, crimes/terrorism and the political.

It appears that the Group of Seven operates in “cycles.” According to Professor John Kirton from the University of Toronto, the first was from 1975 to 1981 and consisted of annual meetings with the leaders, accompanied by their ministers of foreign affairs and finance. From 1982 to 1988, they added regular stand- alone meetings of ministers of trade in 1982 and foreign affairs in 1984 and finance in 1986 as well as an inter- sessional special Summit in 1985. In the third cycle, from 1989 to 1995, saw the birth in 1991 of the “annual G7 post-Summit meeting with the USSR and then Russia, the emergence of environment ministers in 1992 and a flurry of ad hoc ministerial meetings from 1993 onward, dealing with assistance to Russia and Ukraine to the micro economic issues of jobs and the information highway.”

On the ministerial level, for example, the finance minister of the United States, as well as our trade and Secretary of State appear to function not only in his/her appointed duties for the United States but also in a “global framework” for the Group of Seven . They then meet throughout the year with their counter-parts from the other G7 countries. Over the years, these various ministers, have also met with the directors of the United Nations agencies, the IMF/World Bank, the OECD, and the Central Bank Governors. Due to the escalating importance and power of the G7, some have called them a “global board of directors” to the United Nations while others have termed them a “global economic commission.” Professor Kirton likens them to “the global equivalent of the concert of Europe” (between 1818 and 1914, it is felt that these European powers helped keep peace in Europe).

He also writes that “in 1977, when Carter became President, he appointed a trusted advisor, with cabinet rank to work on summit preparations on a full-time, year-round basis. Since that time all countries have employed specially designated personal representatives or ‘Sherpas’ who normally serve on a continuing basis for several years. These Sherpas meet formally on at least four occasions throughout the year preceding the summit, as well as at the opening of, and throughout the summit itself. They are supported by an elaborately layered network of ‘sous-Sherpas’ (either from foreign or finance) and ‘sous-sous-Sherpas.'”

Facts about the G7

One of the most amazing things for the writer is that while she has read a fair amount of UN Programmes of Action in the last several years, it was her impression that all of the “recommendations” made came from the United Nations, however, in reading the Group of Seven documents, it appears that these recommendations originate from the Group of Seven who direct the United Nations, (that’s us) where they need to go and what they need to do in order to come into compliance with the wishes of this global body.

The writer asked by Canadian Prime Minister Paul Cretien and European Commission President Jacques Santer “Who does the Group of Seven report to? The United Nations? Or does the United Nations report to the G7?” Both of these men basically said that no one reports to anyone, that the G7 come out of the UN and that they both have the same global concerns. The better question should have been, “Who does the G7 report to?”

According to Professor Kirton, It was due to an agreement between the G7 leaders that they all make a combined effort to be at the 1992 UN Conference on Environment and Development to show their full support. Interestingly enough, no mention of the enviorment is made bewteen their first meeting in 1975 and 1988.

, dubbed the “Rio Earth Summit.” While many people thought the environmental agenda was a “passing phase”, it is not. All of the programs of the UN, the World Bank, and IMF now incorporate the environment as part of their goals and operating procedures. Whenever the World Bank now makes a loan, the terms have been “enviromentalized” meaning every country in order to get the monies must now do certain things environmentally in order to qualify. In addition, whenever the UN holds a conference, they appoint a follow- up committee to monitor the progress of each country’s progress as they comply with the terms of the conference.

It appears, without going into all of the last 22 meetings which the G7 have held that they have been bringing the economies of the world into “harmonization.” This is being accomplished through a number of steps and laws, both national and international and between numerous supra-national organizations like the Bank for International Settlements (BIS), the International Organization for Securities Commissions (IOSCO), the International Insurance Association, and others.

In the last five years, in addition to economics, they have discussed a number of topics such as, aid to Russia, the changing role of NATO and the Conference on Security and Cooperation in Europe–CSCE, farm subsidies, jobs/unemployment, trade and the environment.